19 skilled patter makers additionally to the two CEOs work for our customers from all over the world. Experienced and younger employees form a team that is keen to go the extra mile. 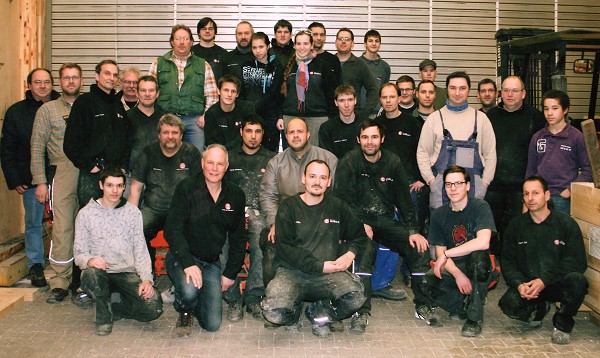 Since 2007 we have trained apprentices to become experienced and competent pattern makers. In average five apprentices strengthen the entire team of 30 employees.

1897 - Foundation of Duisburger Modellfabrik by Wilhelm Hamacher as the first company of its kind in western Germany.

1996 - After 99 years of family ownership the grandsons of the founder, Günter and Wolfgang Hamacher, sell the company to Volker Bertermann, Heinz-Peter Grau and Herbert Schild.

1999 - Just a short time later, the company moves from Duisburg-Hochfeld to Business Park Niederrhein in Duisburg-Asterlagen. The company structure changes dramatically: The production area doubles initially to 800 square meters, modern workspaces were build, passable for loading or setting up at ground level, barrier-free and accessible by overhead crane (3.2 t) and forklifts.

2003 - The purchase of a used CNC milling machine paves the way for new production opportunities, even in large modeling.

2005 - The company Freyer Modellbau is integrated into the Duisburger Modellfabrik. From now on patterns are build both for production and for design under one roof. Both sides benefit from each other and help each other out.

2007 - An extension of 800 sqm creates space for the growing number of employees and the space requirement for new milling machines.

2008 - Construction of a 1.100 sqm warehouse for one of our most important customers and purchase of the first 5-axis portal milling machine.

2010 - Construction of a new warehouse and a separate metalworking shop, purchase of the second 5-axis portal milling machine.